Close-up detail of oxidation and rust pitting on a cannon barrel at Fuengirola Castle or Sohail Castle. The orange is caused by the oxidation of the iron (rust), while the blue is the reflection of a clear blue sky. Castillo de Sohail was a 10th century Arab castle accupied by the Moors and later conquered and ruined by the Christian Monarchs in 1485. Rebuilt by the French during the Peninsular War, and successfully defended from a British-Spanish force at the Battle of Fuengirola, 1810 by a band of 200 Polish soldiers. Castle renovated in 1995. 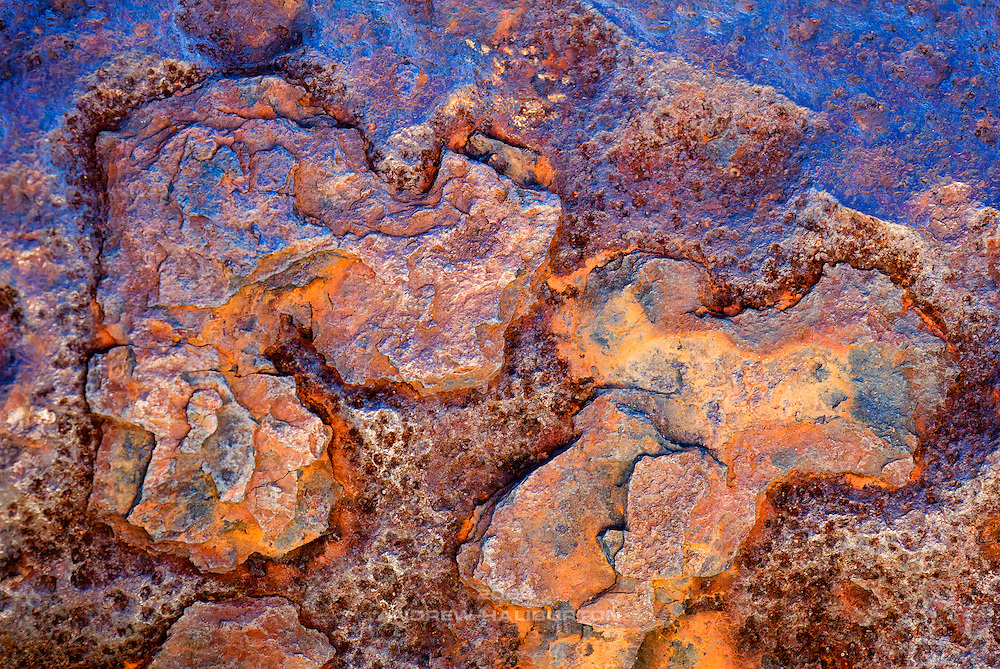