Statue of Colonel William Prescott, who gave the legendary command: "Don't fire until you see the whites of their eyes." Bunker Hill Monument; statue inscribed June 17, 1775. This viewpoint draws a lighthearted connection between the strong influence of Boston's historic past and its future. The colonel's finger appears to touch the $100 million Leonard P. Zakim Bunker Hill Bridge across the Charles River, completed in 2005. The award-winning cable-stayed bridge, built as part of the Big Dig, has quickly become a modern-day icon for Boston. 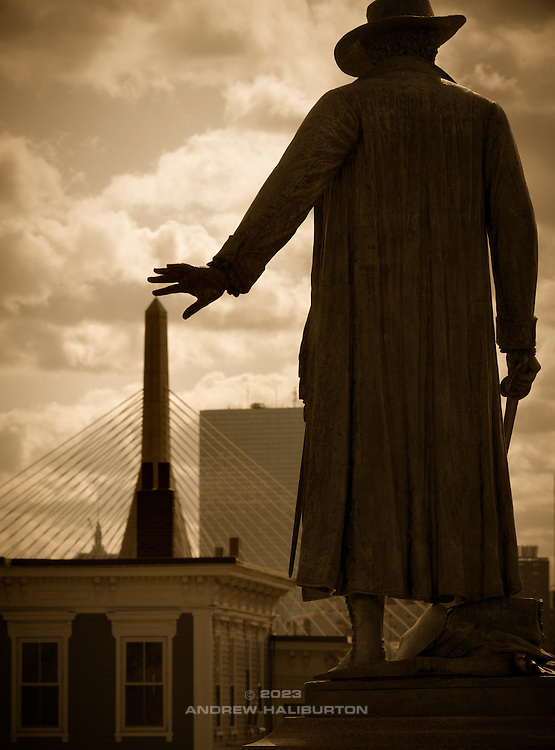